What Is The Difference Between Larceny, Robbery, And Burglary In Connecticut? 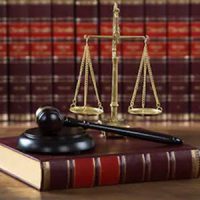 In Connecticut, criminal theft is referred to as larceny. A person commits larceny when, with intent to deprive another of property or to appropriate the same to himself or a third person, they wrongfully take, obtain, or withhold that property from the owner.

Larceny does not necessarily require the use of physical force against the victim. For example, if you simply took someone’s unattended property, that is still larceny. Larceny also includes things like extortion, embezzlement, scams, shoplifting, knowingly receiving stolen property, and the like.  There are several degrees of larceny.  Whether the larceny is a felony or a misdemeanor depends upon the value of the property stolen.

Robbery is when, in the course of committing a larceny, a person uses or threatens the immediate use of physical force upon another person for the purpose of: (1) Preventing or overcoming resistance to the taking of the property or to the retention thereof immediately after the taking; or (2) compelling the owner of such property or another person to deliver up the property or to engage in other conduct which aids in the commission of the larceny.  There are several degrees of robbery and all of which are felonies.

Burglary is when a person enters or remains unlawfully in a building with intent to commit a crime inside (such as larceny or robbery).  There are varying degrees of burglary, all of which are felonies.

Appellate Court: Brief Seizure of Wife’s Handbag During Fight Did Not Constitute “Robbery” by Husband

A person may only be convicted of robbery if the prosecution can prove, beyond a reasonable doubt, that the defendant’s actions also satisfied the legal requirements for the underlying larceny. And as noted above, one of those requirements is that the defendant had a “criminal intent” to “permanently” deprive the owner of their property.

So what about a case where an argument between two people leads one of them to temporarily seize the property of another? Can that be classified as a “robbery”? The Connecticut Appellate Court recently addressed this question in a criminal case that began with a fight between a husband and wife. The husband was the defendant.

Police initially responded to a report of an armed robbery at a gas station. When an officer arrived, he said there was no evidence of a robbery but he did speak with an employee of the gas station, who was the defendant’s wife. She told the officer that the defendant had come into the store and attacked her.

Surveillance footage from the gas station’s security camera showed the defendant entering the gas station. He reached over the rear counter, picked up a pink wallet, and opened it. He then set the wallet back down without removing any of its contents. He then went to pick up a woman’s handbag. The wife then “stood up and forcefully pushed him away,” which led to a physical altercation between the two, according to court records. After several seconds, the defendant “seized the handbag” but then quickly dropped it as the physical fight continued. The defendant eventually left the gas station without the handbag.

Prosecutors subsequently filed a number of criminal charges against the defendant, including robbery in the third degree. The Appellate Court ruled that there was insufficient evidence that the defendant’s intent was to “steal” the handbag, and thereby deprive his wife of the handbag permanently,” as required by the larceny statute. In this case, the defendant briefly “seized” the handbag during the altercation with his wife but dropped and left it at the scene. That did not establish intent to permanently deprive her of the handbag.

A criminal conviction, even for something like larceny, can permanently affect your ability to live a normal life. That is why it is important to work with an experienced Canton criminal defense attorney if you are facing any such charges. Contact the Law Office of Brian S. Karpe, LLC, if you need to speak with an attorney today.

By Brian S. Karpe | Posted on August 3, 2022
« How Does Intestate Succession Work In Connecticut?
Connecticut Conservatorships »
Skip footer and go back to main navigation